You are here: HomenextAbout the ProjectnextPast events and activitiesnextTilbury and Chadwell Memories web site launched 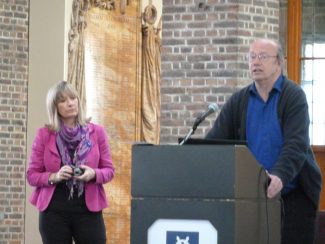 Our web site was launched on 1st April as part of the celebrations to mark the 100th anniversary of Tilbury becoming an urban district. Nearly 1,000 people attended the event. As well as the web site launch there was a talk by Jonathan Catton, heritage walks, exhibitions by local groups and even cream teas.

We were able to talk to a number of long term Tilbury residents and copied photos from the area. One of our visitors was able to identify one of the participants in a celebration.

There is a longer report on the Benfleet memories site.