You are here: HomenextPeoplenextGP Dr Ramachandran retires after 41 years in practice in Tilbury (1978 – 2019) 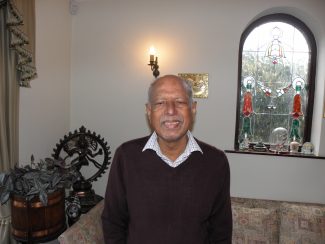 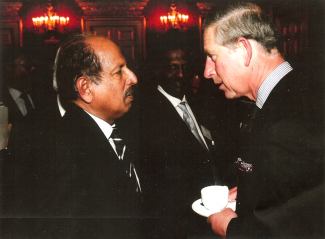 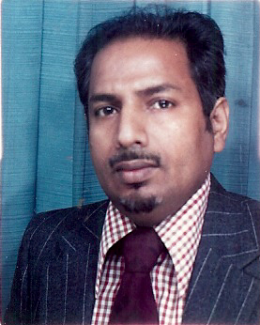 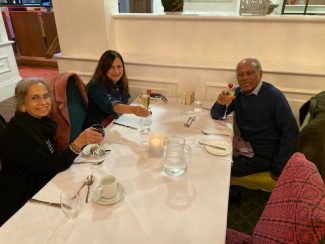 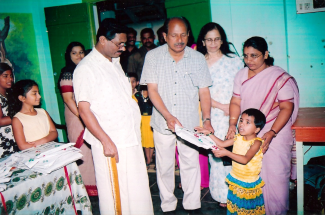 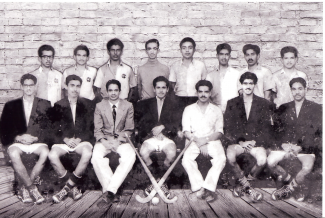 Dr Ramachandran (affectionately known to his patients as Dr Ram) was born in 1938, in Calicut, Southern India. He was the second eldest child and had three brothers and one sister.

Mannath believes that Karma guided him to become a doctor.

As a child he was always interested in helping anyone who had hurt or injured themselves and would be eager to apply a bandage or whatever was needed.

However, unfortunately he suffered from Haemophobia (a bit like Doc Martin, but without the attitude!) and would faint at the sight of blood, so when he said he wanted to be a doctor, everyone fell about laughing.

Mannath married Rema in 1960 and they have three children, two daughters and a son.

Razeetha is an artist and lives in London, Remina is a Pharmacist and lives in Florida, USA and their son Rahesh is an Architect and lectures at Greenwich University, London.

They also have three Grandchildren.

Rema has always supported Mannath throughout his career and for some time was his practice manager.  This role was later taken over by their daughter Razeetha.

His father was a successful businessman in India and had a factory making wooden furniture.

His father wanted Mannath to take over the family business, and so he started work in the factory office.

The wood they used to make their furniture came from giant logs which would be transported by floating them down the river.  One time, due to flooding, the factory could not get its usual supply of logs.  The staff were unable to work and therefore were not paid.

One worker became very distressed and told Mannath that his children were starving. He decided to take the matter up with his father and asked that the workers be given at least some money. His father was not at all sympathetic.   In fact he was annoyed with him, saying that this would make bad business sense.  Mannath fell out with his father over this and never returned to work at the factory.

He decided to follow his dream of studying medicine, but his father refused to support him when he said he wanted to train to be a doctor.

Most of the extended family were also successful business people and fortunately for Mannath, his uncle was sympathetic and supported him so that he could go to Mysore University in the southern part of the Indian state of Karnataka for six years.

Because his family were wealthy he was even supplied with a chauffeur driven car.  He came to see this as a bit of an embarrassment because most of his fellow students were quite poor.

The university tutors soon realised that Mannath was excelling in all the subjects he studied and they would direct difficult questions at him.  He always knew the answers but he realised that this might alienate him from the other students and end up losing him friends, so he would quite often say he did not know the answer when he did.

Mannath gained his B.Sc degree in 1961 and M.B.B.S. in 1969. He worked in various branches of medicine in a hospital in India and also practised as a G.P. there for three years.

Mannath travelled to the UK in 1974 to study Paediatrics specialising in children’s diseases at Hartlepool Hospital. His wife and children followed six months later. He took up various posts that moved him around the country including Dumbarton, Dublin and others. His last post in Paediatrics was as a registrar at Dewsbury Hospital.

When he left India he was only allowed to take £50 out of the country which made those early years a bit of struggle financially. Fortunately his hospital posts came with rent free accommodation.

Eventually, Mannath became fed up with having to keep moving around in short term positions, so he decided to take an additional training course at Lincoln University Hospital to enable him to become a GP in the UK.

In 1978 he came to East Tilbury, later starting a practice in St Francis’ Church Hall in Linford.  At first he had very few patients, but he slowly developed the practice and within a year he moved to No. 2 Bure, East Tilbury, then to the Appledore Integrated Medical Centre, Coronation Avenue, East Tilbury. His first GP practice paid just £150 per month.

An elderly patient who lived in Tilbury kept asking him to open another surgery in Tilbury. Mannath was willing to do so, but he could not get any premises. After a petition he was persuaded to open a surgery at Brennan Road (in the elderly patient’s front room) from where he gradually built up a patients list. In 1985 a purpose built surgery was opened as his main practice at Medic House, Ottawa Road.

Dr Ram also gained a DCH (Diploma in Child Health) and is a great believer in alternative therapies. He has diplomas in Acupuncture, Medical Hypnosis, Ayurveda (Indian Holistic Therapy) and in 1985 he got a degree in Homeopathy. He spent time as a Clinical Assistant at the Royal London Homoeopathic Hospital and also had a practice in Harley Street as a Homeopath. His interest in alternative preventative therapies put him touch with Prince Charles and he was invited to a garden party at the Prince of Wales’s Integrated Health launch at St James’s Palace on 12th October 2005

Mannath’s hobbies are listening to music (and a bit of singing), Gardening and Photography.

After his many, many years of service to the medical profession, Dr Ram now retires at the age of 82.  I am sure we all wish him a well-deserved and very happy retirement with his wife Rema and family.