You are here: HomenextPeoplenextLuggage for the ten pound POMs

Luggage for the ten pound POMs 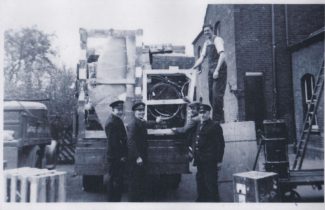 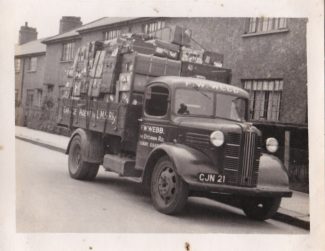 The top  photo was taken at the old Tilbury Town station in the station yard and shows lots of baggage on the lorry being taken to the ships for the £10 POMs who were going to Australia. The tall man standing on a box is Derek Webb. The other men from left to right are George Howlett, Nick Benson and George Howard and Fred ?

The second photo was taken in Ottowa Road and was F.W. Webb’s lorry full to the brim with luggage for the passengers on the RMS Oronsay £10 POMS.