You are here: HomenextPeoplenextSportsnextMore Cricket Memorabilia 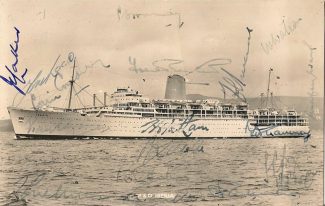 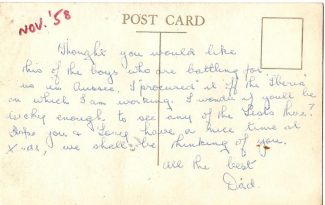 Seeing the 1954 photograph of the MCC to Australia prompted me to add this item. It was loaned to me by Michael Hadlow who lived in Chadwell St Mary up to the early sixties before emigrating to the USA. Mike had played local cricket for Grays Methodists and midweek for the Inland Revenue. His father, Horace or Horry as he was known, was a stalwart of Interknit which had been formed, before World War 2, by workers of the dock firm Green and Siley Wier (sorry if that has been mis-spelt). A marvellous piece of cricket history with all the autographs of the players (and signed in REAL ink) and the narrative on the back of the card explains all. Enjoy.