You are here: HomenextPeoplenextSportsnextTilbury and its Schoolboy boxing

Tilbury and its Schoolboy boxing 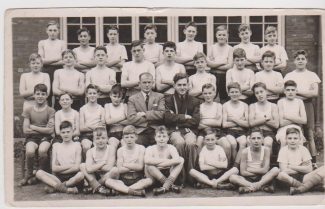 Let me introduce myself. I have been a member of the Tilbury community from birth and educated through the local schools served an apprenticeship for 5 yrs as a Blacksmith - welder. I have also Policed the town. My sport at St chads Secondary Modern was boxing which I took up in the early 60’s. Today I put to you the story as told to me about St Chads School for Boys 1948-1950. This information I gained from a  proud well known Tilbury man, Dave Ferry who himself was a schoolboy boxer in 1948, who like myself reached the semi finals of The National Schoolboy Boxing Championship, although there was a decade plus between us. Dave informed me of the two Jackson Brothers, Bobby and Jimmy Jackson.  Bobby holding training sessions in the evening at the Youth Centre St Chads School and Jimmy having his own gym down by the Railway. Tommy Whiting,  St Chads School, so Dave informed me became the first schoolboy in Thurrock to win the National Schoolboy Championships 1948. Donkey Callender from Park School, Grays lost in the finals at Leeds Town Hall. Dave told me of other locals, Terry Sharp, Joe Worrel, Bob Butcher, Terry and Allen Stephenson, Bobby Twigg and many more. Now it does seem strange that we were taught by the same teachers. Headmaster J Stanley Stone, Wally Walsham, Jack Priest. He also informed me of the relationship between St Chads School and Thurnscoe School Yorkshire where there was an exchange on alternative years between the two Schools. Boys from St Chads went to Thurnscoe forming Boxing and Football Teams and stayed in pupils homes and Thurnscoe pupils came to Tilbury (See photo) Wally Walsham being on the right hand side as you look at it. The man in the light jacket a teacher from Thurnscoe. Picture was taken at St Chads school.

My thanks to Dave Ferry for his contribution to this story and photos. I expect many more stories can be added.