You are here: HomenextPlacesnextA short history of Tilbury Town

A short history of Tilbury Town 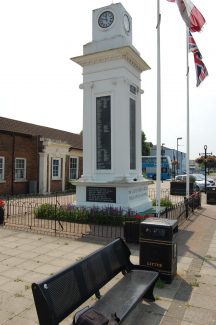 In 1912, the growth of the community was recognised by the establishment of Tilbury as an urban district. The newly established council began a programme of house building that continued into the 1920s, although it was delayed by the 1st World War.

The town suffered during the depression of 1930s. The Tilbury Distress Committee reported at Christmas 1931 that 900 families were on the verge of starvation. An emergency soup kitchen was established on Calcutta Road.

Tilbury was an important target for German bombing during the 2nd World War. Many houses were lost as was the Tilbury Hotel. Tilbury Town station was hit by a V2 rocket. However, Tilbury played a major part in D-day, both as a embarkation point and also in the construction of the PLUTO pipeline and the Mulberry harbours.

In 1953, a tidal surge resulted in extensive flooding on either side of the North Sea. 2,500 homes in Tilbury were flooded, and 1,300 people were evacuated.

The west block of the Dwellings was demolished in 1961 – the east block had gone during the war.

(This article is largely taken from 100 Years of Tilbury published by the Port of Tilbury and Thurrock Council.)