You are here: HomenextPlacesnextChurches and Cemeteries in Tilbury and ChadwellnextSt Mary's, Chadwell 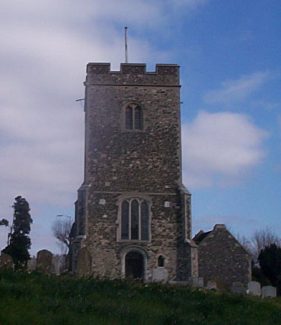 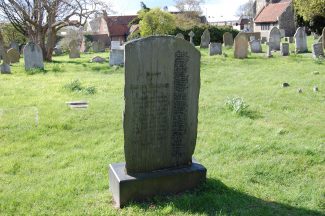 There was a church in Chadwell before the Norman conquest, although the earliest parts of the current church are early Norman. The chancel was built in the 14th century and is at a slight angle to the nave. The tower dates from the early 16th century. The south porch was built at the end of the 19th century.

On the south wall, there is scratch dial which served as a crude sun dial when a stick was placed in the hole. This was used to help ensure mass was said at the correct time.

There is a cherubic figure on the north-west corner of the tower. There may originally have been one at each corner since a similar figure was found in the churchyard and is now on display at the Thurrock museum.