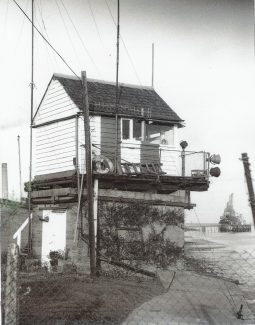 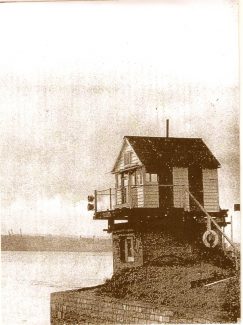 zoom
Another view of the Collier Station
from John Smith 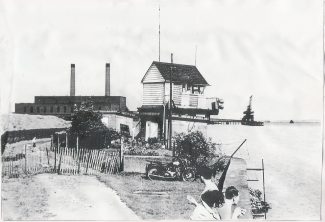 The little red and white striped hut which stood near Tilbury Fort, was the collier signal station. It was run by the coal factors society, and its primary purpose was to organise and then inform the collier skippers of their berthing arrangments. The station was used as a winning post if two skippers were racing for the same berth the loser had to lie at anchor in the river while the winner unloaded. The instructions were passed by either wireless or loud hailer as the ship passed the station. The station was manned continually by four men in 12 hour shifts. It eventually closed down in the late 1970s.