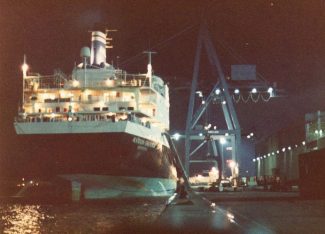 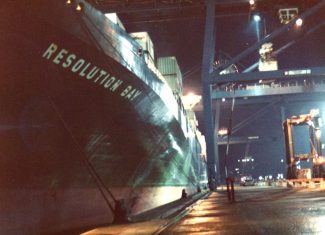 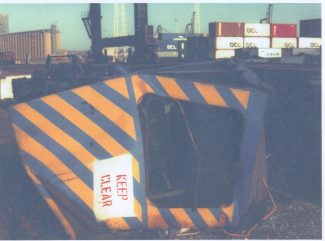 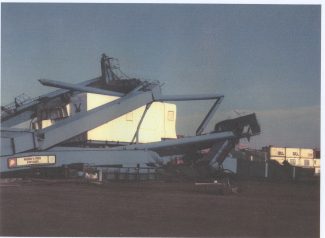 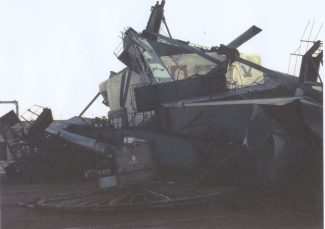 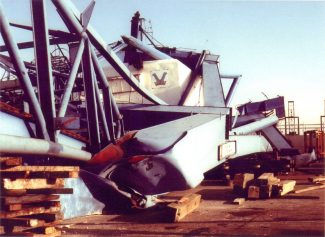 Here are some photos of a crane that collapsed on berth 39. I have been in touch with my friend who at the time was working in the control room at the dock and took the photo`s. (he gave me copies some years ago) I asked him about them and he doesn`t mind them going in the archives. He said just say they were taken by a controller. The photo`s were taken in the mid 80`s.

The Resolution Bay was coming into the riverside terminal berth 39. The wind and tide took it and the bow went over the quayside and hit the leg of the crane.

When the crane came down it looked from the control room as if the berth had collapsed and it was going straight down into the river. The gantry had to be cut off using the floating crane and the ship taken into the docks.