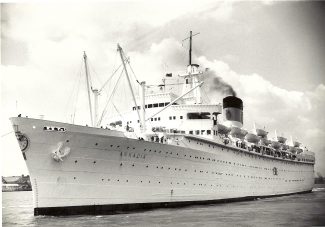 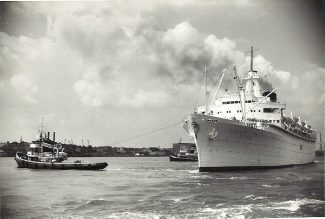 she was launched as the MONARCH OF BERMUDA and was used as a troopship during the war . In 1950 she became the NEW AUSTRALIA . The Greek Line acquired her in 1958 . She went to Spanish breakers in 1967.