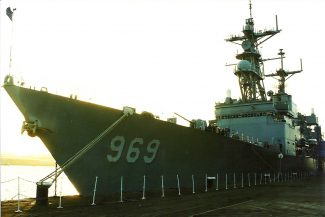 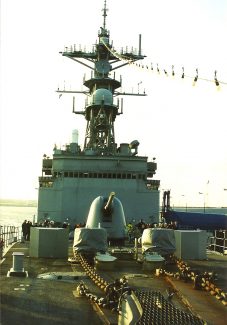 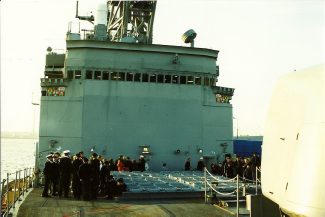 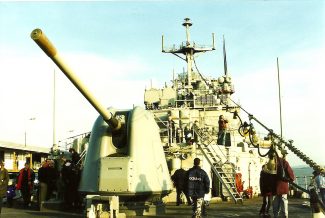 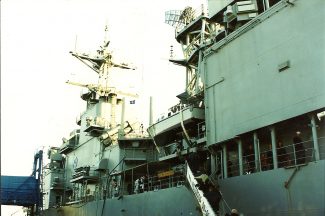 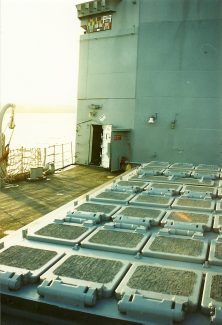 The USS PETERSON on Tilbury landing stage. She was open to the public as can been seen from the photos - 12/97. She was named after Carl Jerrold Peterson. She was launched in 6/75, commissioned in 1977 and de – commissioned in Oct 2002. She was sunk in support of fleet training exercise 16 Feb 2004.