ORIOLE in the docks 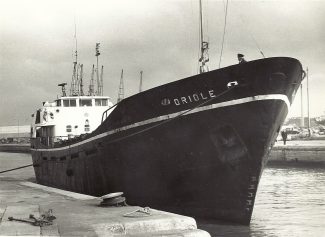 Very rare indeed to see a General Steam Navigation coaster in Tilbury. Built in 1939 she was part of a large fleet , including the ROYAL DAFFODIL, ROYAL SOVEREIGN and QUEEN OF THE CHANNEL.