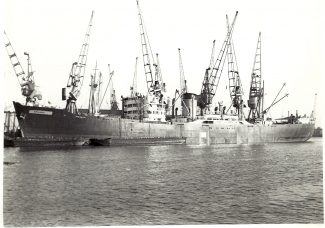 The SPILIADA in Tilbury wih a recent name change. More information please RWJ. She has a very British look to her.