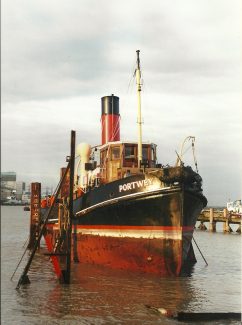 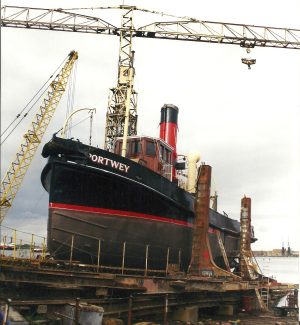 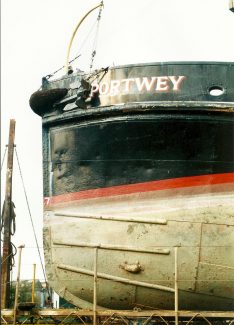 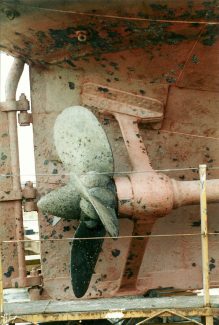 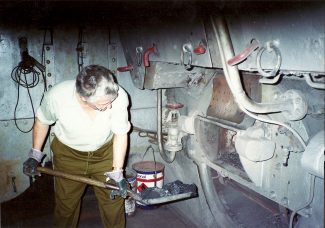 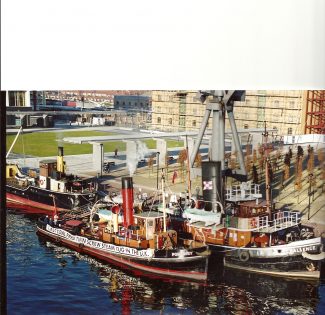 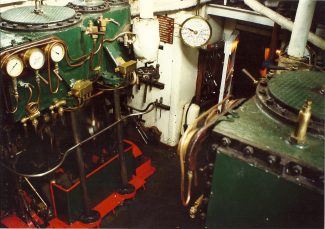 The coal fired steam tug PORTWEY was built in 1927.

For a number of years I was one of her crew. The first photo has her passing Tilbury Landing stage.

Other photos shows her being manoeuvred onto the slipway at Denton, just outside Gravesend. (You can see WAVERLEY passing on one photo) A view across the stern is of crew plus a number of society members.

I have included one photo of me shovelling coal into one of the two furnaces. The areal shot is of PORTWEY and CHALLENGE at the boat show in London in the Royal Docks. ( VIC 56 is also in the photo)