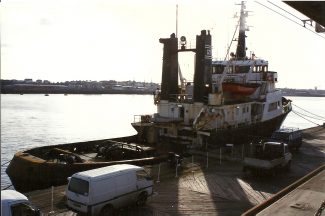 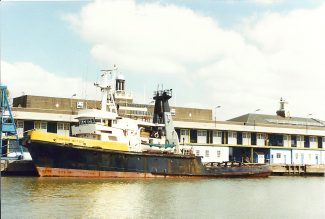 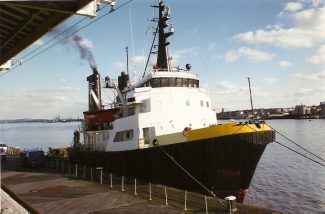 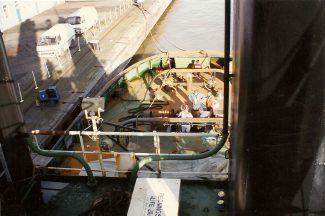 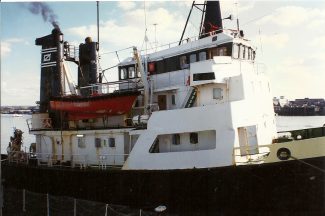 The ocean tug TOWING WITCH on Tilbury Landing Stage. She was built as the ENGLISHMAN for United Towing in 1965. She became the JUMBO PRIMO  in 1981 and then the TOWING WITCH in 1994. She finally had an engine room fire in 1997 while towing . She was scraped in Spain in 10/97.

I went on board as I was crew of the PORTWEY berthed just ahead of her. Some crew of the TOWING WITCH came aboard PORTWEY to see how it was done in 1927.