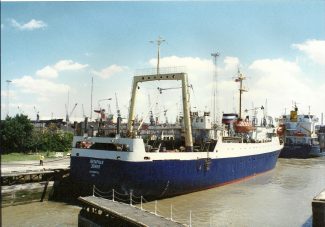 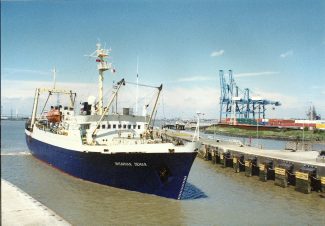 A USSR trawler in Tilbury locks. How is your Russian Roger. Possibly a research vessel of some type.