Wallace at the Dell 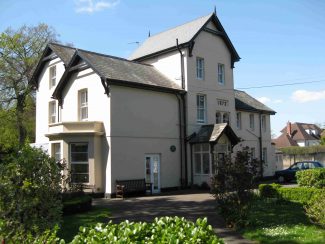 Some of the people involved in the Tilbury and Chadwell Memories project are also part of a campaign to preserve the Dell as a heritage and study centre.

The Dell was built by Alfred Russel Wallace, who discovered evolution by natural selection independently of Darwin. The Dell was one of the first houses in the UK to be constructed from concrete. Wallace lived there for a few years, but sold it in 1876. In the 1950s it was bought by the Sisters of La Sainte-Union des Sacrés-Coeurs. In 2002 a green Thurrock Heritage plaque on the building was unveiled by Wallace’s grandson. It is now for sale.