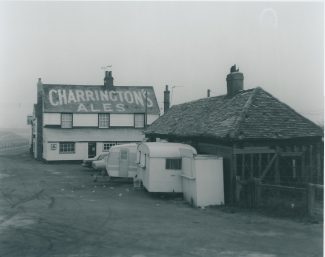 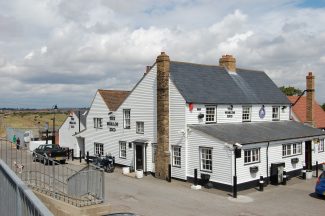 The World’s End has been a Tilbury watering hole for several hundred years – before the town of Tilbury was established.

There was a tavern on (or near) the location of the World’s End in the 17th century. Pepys mentions visiting it in his diary.

After Tilbury Fort was rebuilt in the late 17th century, the landing point for the Tilbury – Gravesend ferry was moved to the World’s End.

In the 1840s, it was the site of a successful agricultural market, established by William Creed, who was the landlord at the time.

During the 1st world war, the Belgium Re-mount Depot (preparing horses for army use) was established besides the World’s End.

The World’s End reopened after a fire in 1998. The reopening was attended by Barbara Windsor and Steve MacFadden from the BBC soap opera Eastenders.