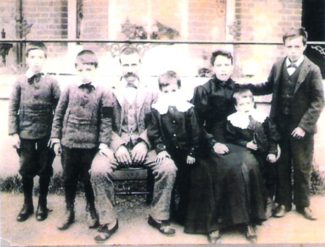 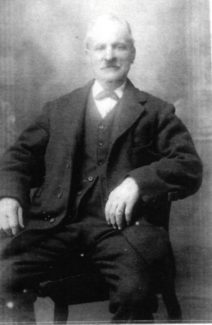 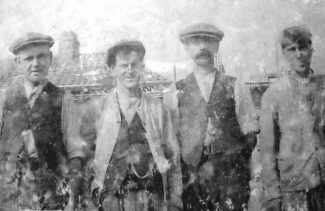 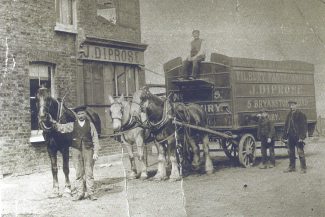 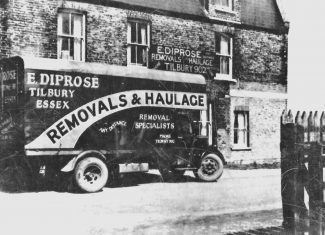 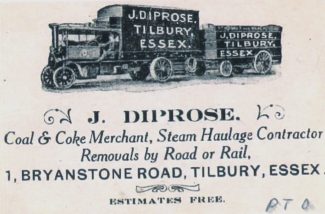 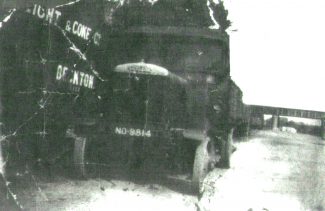 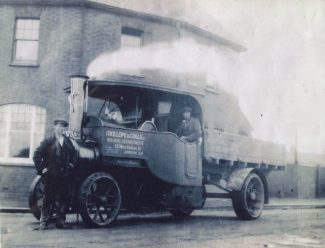 zoom
Outside the Hole in the Wall Off-Licence 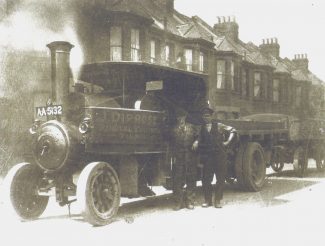 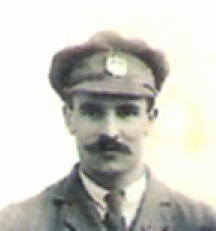 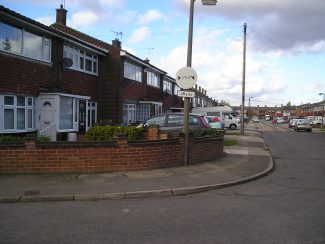 James Diprose married Elizabeth Audley from Chadwell. She was the daughter of James and Mary Ann Audley. They were married in 1885. James came to Tilbury around 1890. He started out as a scrap merchant dealer with a horse drawn cart. He then went on to be a successful removals and haulage contractor from Tilbury.

His eldest son (James Henry) served as a private in the Essex Regiment during the First World War, receiving the Victory and British War medals. He was killed on 24th August 1918 and is buried in the Albert Community Cemetery Extension in France. (His name is recorded on the West Tilbury war memorial in St Jame’s church. A photo of the memorial can be found on the West Tilbury Village Hall web site – ed.)

His sons Bill, Alfred, George and Fredrick later joined the business. It operated from Bryanstone Road, West Tilbury, which was a shanty, dirt track road in the 1900s.

When James died in 1936 the sons took over the business and added chicken and cattle farming to it, and Bill also took pea pickers to Kent to work on the fields in the summer time.

The pictures include two of the sons – Bill and Edward - working with a steam truck (with a contracted Trollope and Colls name on it) outside the Hole in the Wall off-licence in Tilbury.

John George was killed working in the Second World War at Epping airodrome in a air raid whilst in the business.