You are here: HomenextThe 1953 FloodsnextThe story of the floods in 1953

Photos, time line and some statistics 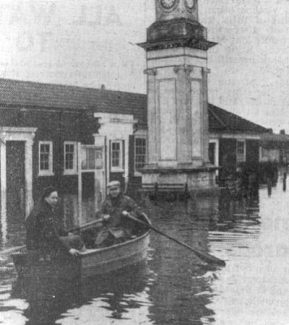 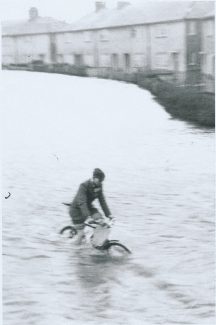 zoom
A cyclist struggles with the floods
Shan Creadstunt

On 31st January 1953, a storm surge in the north sea caused extensive flooding in the Netherlands and Eastern England. The surge reached the Thames estuary at around midnight. By 2am, the sea wall at Bill Meroy Creek next to Tilbury Fort had given way and flood waters had inundated Tilbury Town. Similar flooding occurred in West Thurrock causing extensive damage to the industrial areas. Despite the damage, the floods resulted in the death of only one person in Thurrock.

More than 2,500 homes in Tilbury were flooded and 1,300 people in the town and other low lying areas were evacuated to the higher ground. The Chadwell St Mary Primary School was used as a welfare centre.

On 13th February, Tilbury and other areas were visited by the young Queen Elizabeth II. Jane Brooks, a researcher at the BBC, would like to hear from anyone who remembers the queen visiting Tilbury during the floods of 1953. The BBC is making a film for the Diamond Jubilee and would be interested in talking to you. E-mail her at janebrooks52@talk21.com