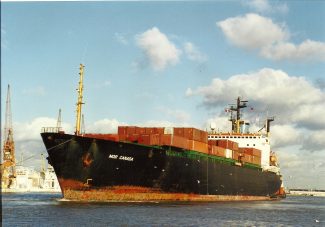 The container ship MOR CANADA in Tilbury. She was built in 1978 as the NIKOLAY GOLOVANOV. (1994)