You are here: HomenextPeoplenextBrenda Gilbert 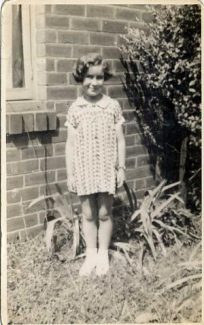 zoom
Brenda Gilbert, WW2 People's War
WW2 People's War is an online archive of wartime memories contributed by members of the public and gathered by the BBC. The archive can be found at bbc.co.uk/ww2peopleswar

Brenda Gilbert lived with her family in Tilbury.

The day before war was declared she was evacuated by steamer to Holt (in Norfolk) via Yarmouth and subsequently to Leek (Staffordshire).